The Apple Watch Series 8 could have a new larger model coming in at 47mm when it is announced this fall. Here’s how that compares to the existing Apple Watch lineup.

There are numerous case materials, bands, and sizes available across Apple Watch’s history, but Apple has kept the device lineup within two size classes. That may change with the “Apple Watch Series 8.”

The first three generations of Apple Watch had 38mm and 42mm case sizes, then the fourth through sixth generations had 40mm and 44mm case sizes. Apple expanded those again slightly for the Apple Watch Series 7 to 41mm and 45mm, thanks to a display that wrapped over the edge of the case.

“Apple Watch Series 8” may change this two-size system with a new larger third size. Details are slim at the moment since the only leaked detail is the display size at 1.99 inches. 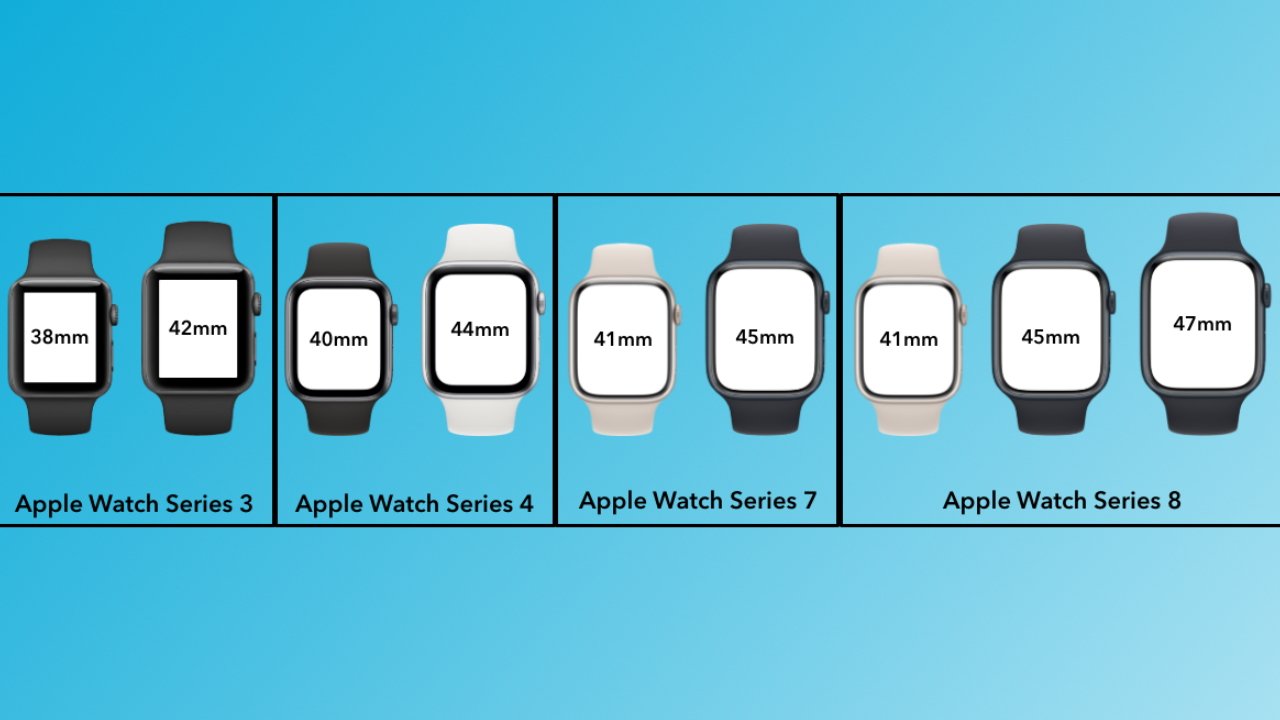 This is a significant number because display manufacturers measure displays by a diagonal using inches, versus watch cases being measured using the distance from the top of the watch screen to the bottom. So, the Apple Watch Series 7 with a 45mm case has a display size of about 1.9 inches.

The leak didn’t specify how that increase of 0.09 inches would be applied. It could mean a larger display in a slimmer case or a proportional increase in case size to display size.

Assuming Apple goes with the same Apple Watch Series 7 design and display bezels, the case would be around 47mm. Some rumors suggest the “Apple Watch Series 8” might get a redesign with flat sides, which would provide more space for the display in the same case size. 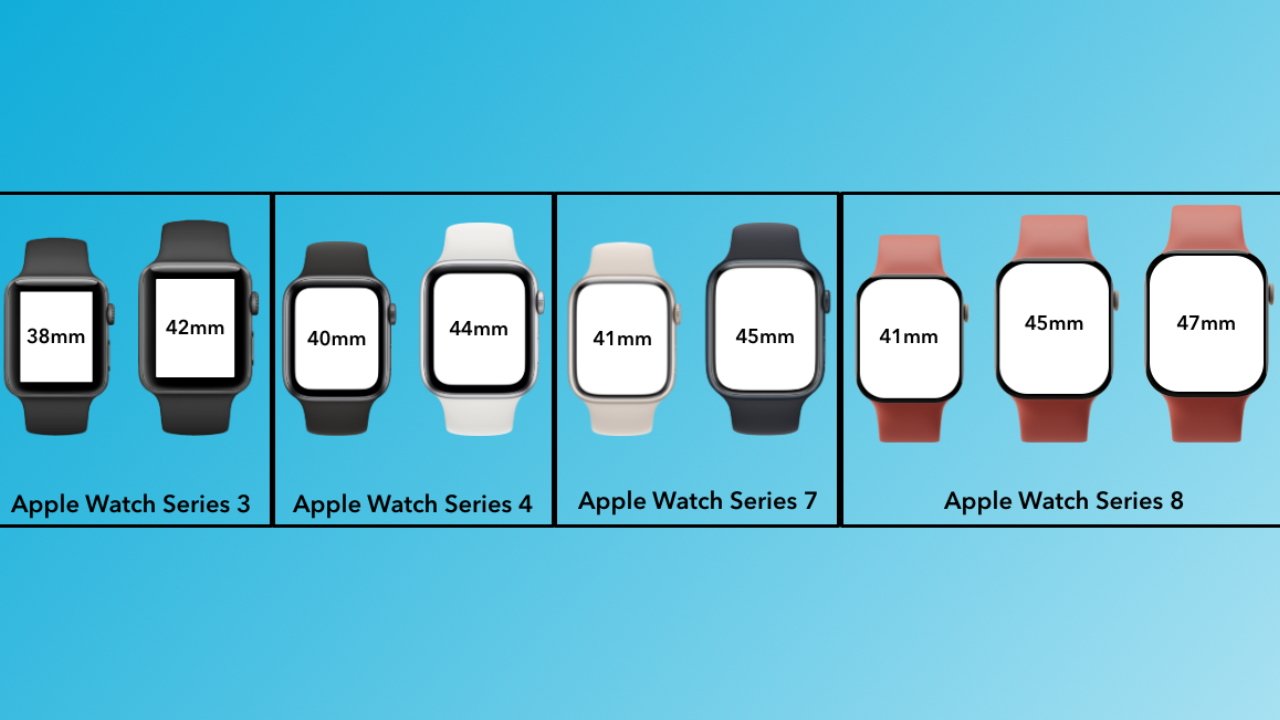 From what we could measure, the 1.99-inch display would fit in a 45mm equivalent case with flat sides, making the case size slimmer and display size larger all at once. However, that doesn’t quite fit with the rumors.

The long-rumored flat-sided Apple Watch would have a large 2.2-inch display in a 47mm case. The leaker, display supply chain analyst Ross Young, appears to be leaning towards a 47mm case with a 1.99-inch display. Or at the least, he isn’t discounting it.

Apple is expected to announce the “Apple Watch Series 8” alongside the iPhone 14 during an event in September. There could be three sizes of Apple Watch with a rugged model option, new health metrics, and better performance.

'Fair' AI could help redress bias against Black US