Pad & Quill first new Apple Watch band in years pays homage to the 1970’s British NATO band. This all-leather band has a unique design unlike any other we’ve tested.

We’ve been fans of Pad & Quill’s Apple Watch bands for years, as the company uses high-quality materials such as full-grain leather and marine-grade stitching.

We last reviewed Pad & Quill’s cuff-style Apple Watch band in 2020, which also was unusual in its design. The new NATO band has similar elements but isn’t as heavy in its appearance.

A unique take on the NATO band

NATO bands are commonplace in the Apple Watch market, though they’re often a two-piece nylon design. This one is a single-piece leather version. 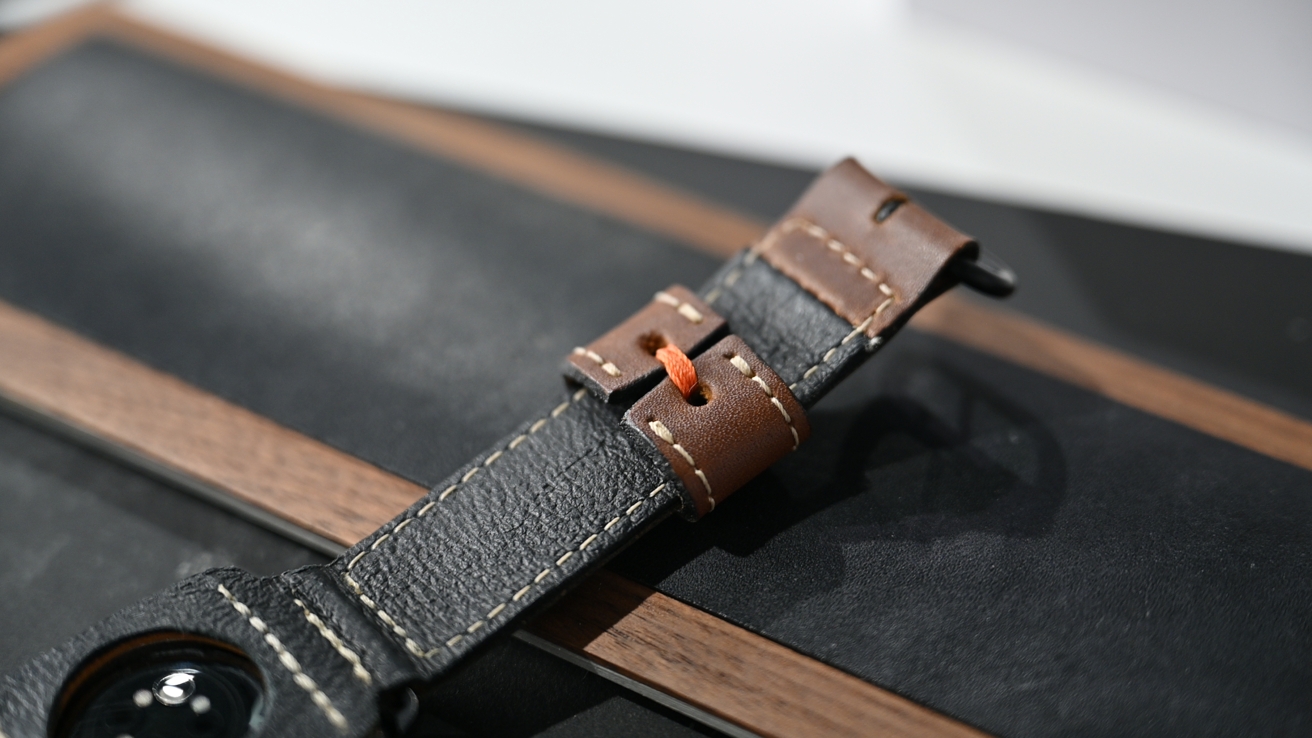 Specifically, Pad & Quill is honoring the 1970’s British under-case band that was issued to withstand the brutality of combat. It was a single-strap band, held in place with stainless steel hardware.

Under-case bands aren’t typically possible with Apple Watch because of the myriad of sensors on its wrist-worn side. An under-case strap would block the watch’s sensors from monitoring your vitals.

To skirt this issue, Pad & Quill cut a circle from the middle of the band. This allows the strap to stay in one piece while allowing the sensor array to function. Unfortunately, the O2 sensor still can’t operate with this band. 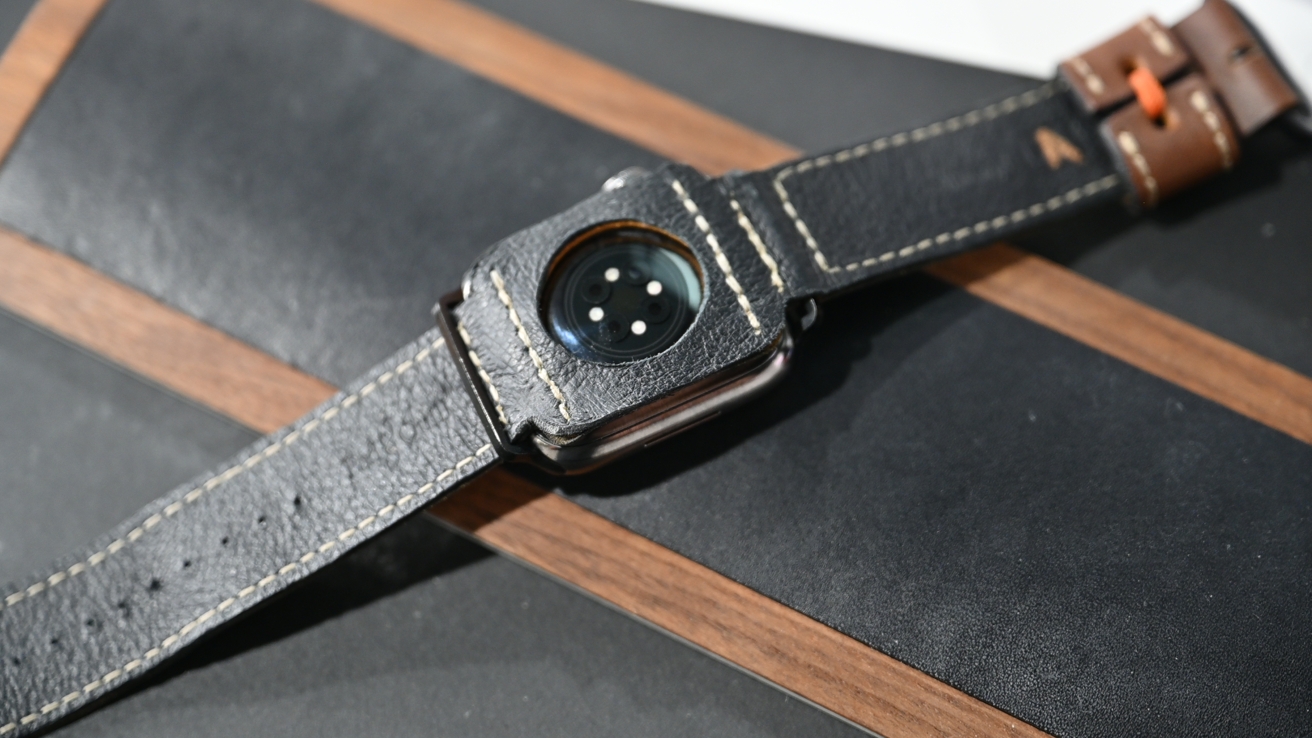 The band has a hole in it for the sensors to continue functioning normally.

Differing from its inspiration, Pad & Quill uses matte black nickel hardware for weight and durability. You have the rounded oval shape for the clasp and matching lugs, a style found on most other NATO bands.

One of the two lugs is fixed in place, anchored by the leather. The second lug floats, allowing the band to slide behind it.

As far as we can tell, the reasoning for this is because of how the Apple Watch is recharged. The hole in the middle isn’t quite large enough for our charger, so instead, we have to loosen the strap under the watch for the charging puck to fit in.

This is rather annoying as you can’t just drop your watch down on the charger but must first add the slack to the band. It’s a two-handed operation rather than just one.

There are many other small details to this band that we appreciate. The band comes in two darker brown shades — whiskey and chestnut — but both have a contrasting light stitch running down the sides. 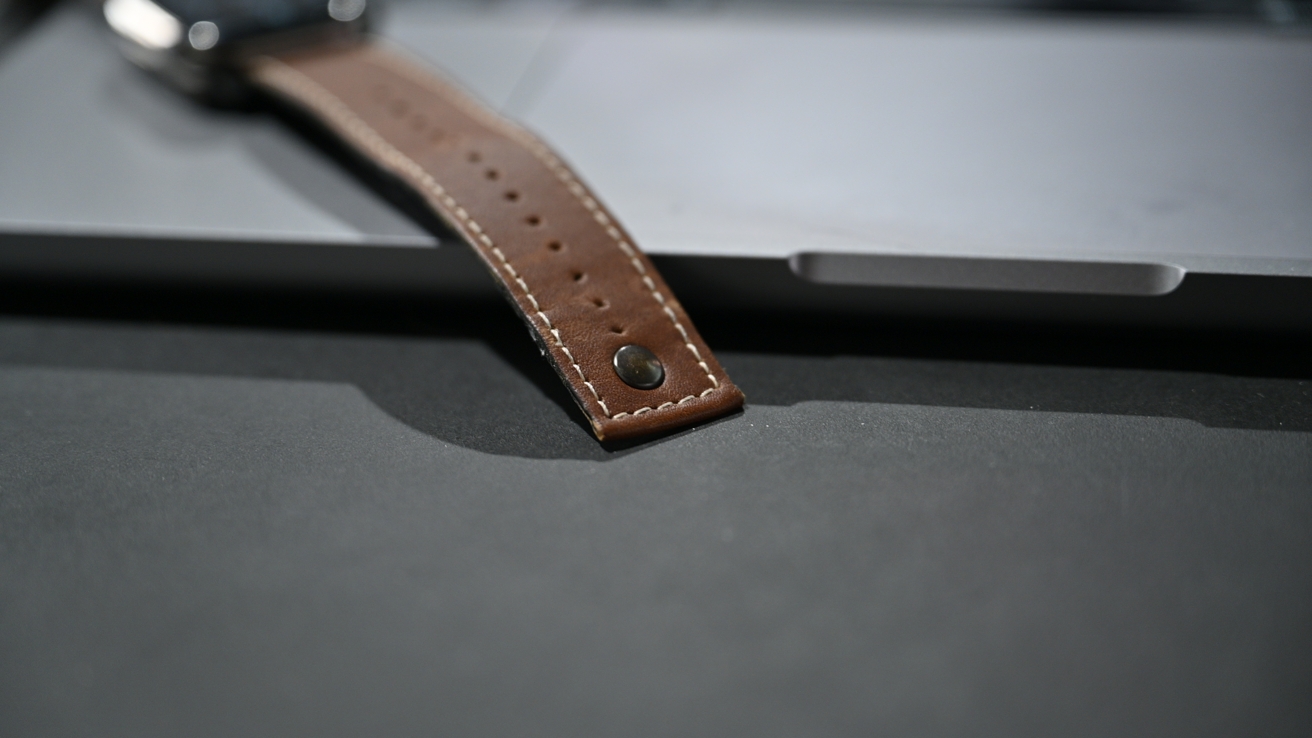 The end of the Pad & Quill NATO Band

This thread is strong and shouldn’t fray easily. Pad & Quill says it is “marine-quality” due to its common use on ships and paracord — plus, it’s UV-resistant.

The underside has a black ultra-durable leather backing to prevent stretching and improve durability. There’s a metal rivet at the end where it’s folded over, but while the metal is dark, it will wear with time just like the leather.

Also hidden on the underside of the strap is a hand-stitched bright orange thread to hold the loop in place. Each artisan will sign the band here as well, emphasizing the handmade nature of the band.

Should you buy the Pad & Quill NATO strap?

We’ve been wearing the new NATO-style band from Pad & Quill over the past few weeks, and it is one of the most comfortable leather bands we’ve tried. The leather feels great and conforms well to our wrist.

It has a great look that distinguishes itself from a market that has begun to get stale. After years of being on the market, few newly-designed bands are released. 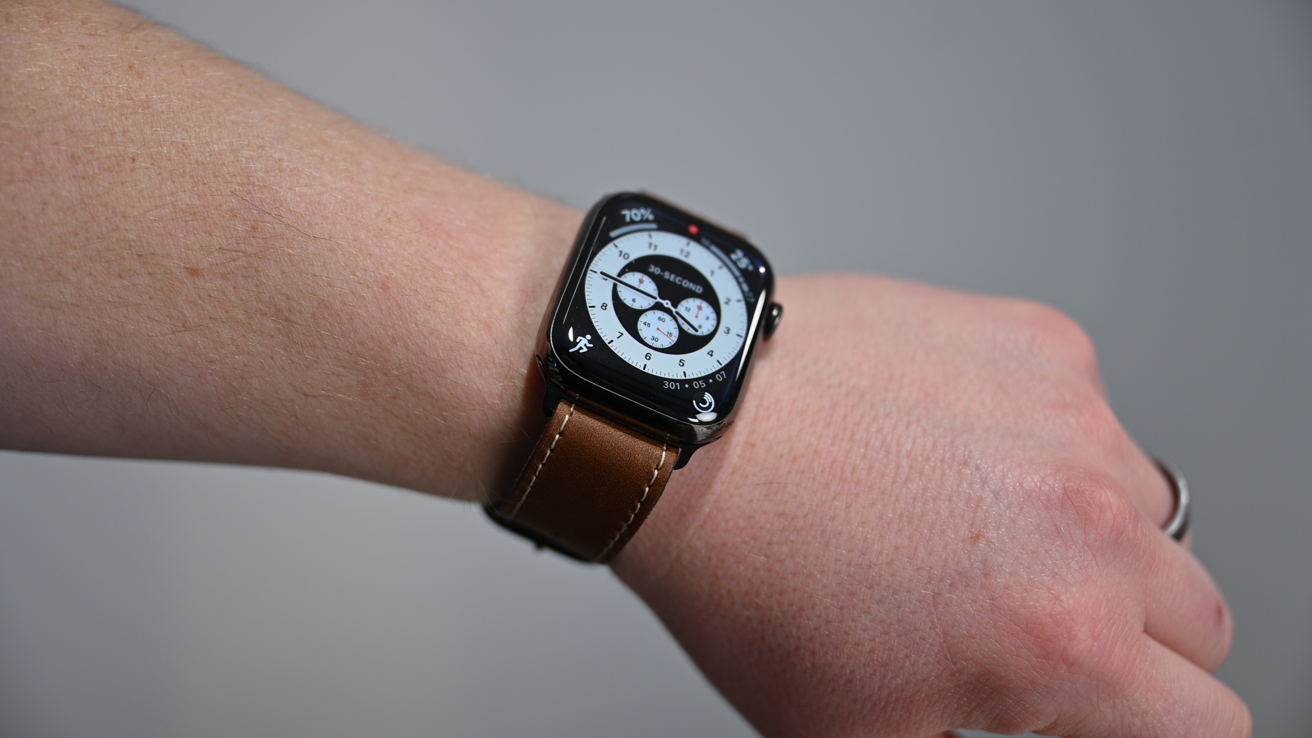 The Pad & Quill NATO band offers a classy appearance on the wrist.

This is a solid option for those who want something that emphasizes craftsmanship and history while working with Apple’s modern timepiece. The charging aspect can be annoying, but the tradeoff can be worth it.

Map of how our brain changes with age could help diagnose