As gateways to the web, routers are essential to a home’s network, and these are the best ones for iPhone, iPad, and Mac users.

Buyers can find nearly any router and have it work fine for their home. But Apple users should consider certain factors beyond numbers for network speed and coverage, such as their smart home connectivity.

Plenty of routers found on the market today work with Apple’s smart home standard called HomeKit, but only some of them support specialized features known as HomeKit Secure. These make a big difference for smart home accessories.

These routers can protect a network by controlling the level of communication between smart home devices and the web.

A HomeKit-compatible router must meet a few requirements to control network devices in this manner. For example, in addition to an iPhone, iPad, or iPod touch with the latest software upgrades, a “hub” must also be on the network.

During the WWDC 2022 keynote, Apple said that iPadOS 16 will affect iPads used as a hub. Those iPads that are already a hub will continue to work, but iPadOS 16 won’t allow new iPads to be added as a hub.

The second HomeKit feature that a compatible router can facilitate involves security cameras, and this requires iCloud+ subscription to function.

HomeKit Secure Video allows footage from compatible security cameras to be stored in iCloud. They are secured with end-to-end encryption and don’t count towards the cloud storage limit. 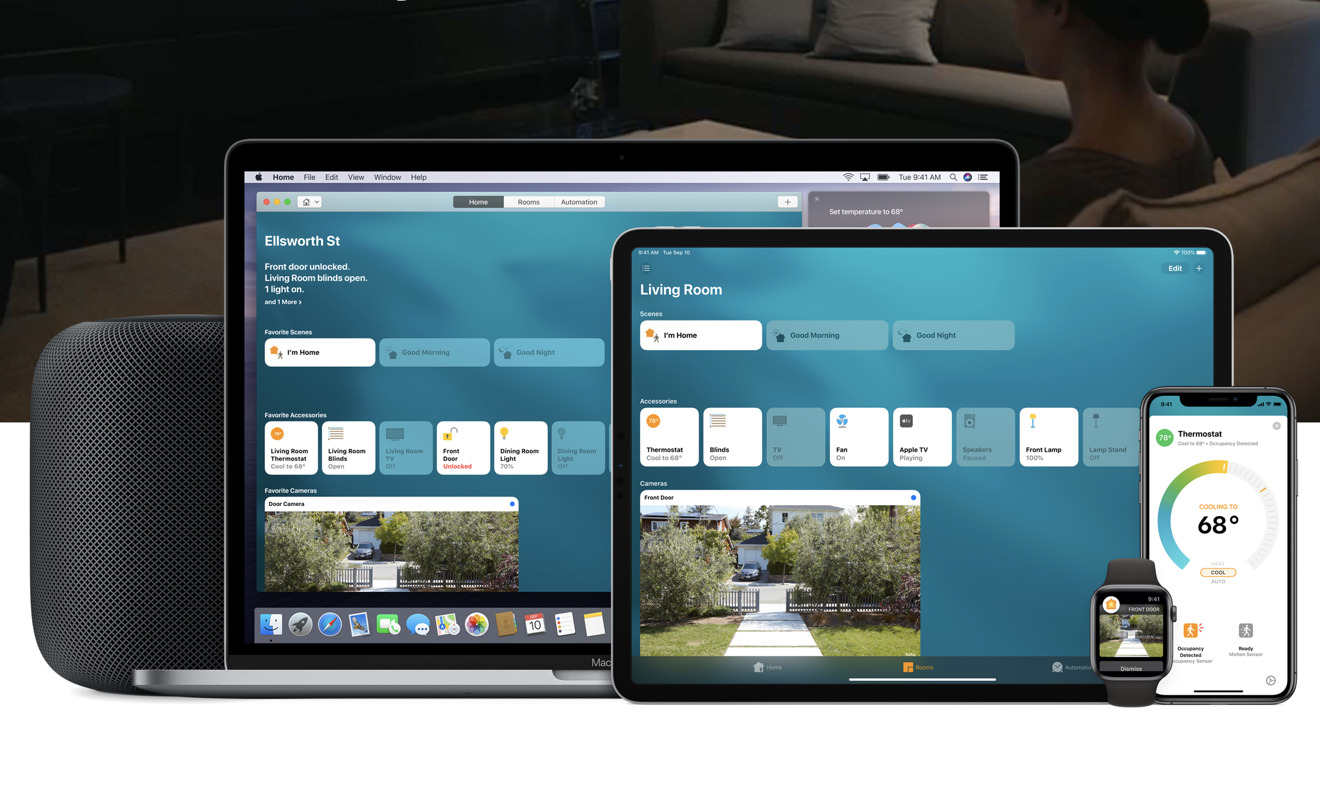 The home hub will analyze video footage to see if pets, people, or cars appear on camera so users can receive alerts on their device. In addition, users can view the last ten days of video activity inside the Home app.

After HomeKit, a buyer should determine if they need a traditional or “mesh” router, referring to how these devices handle a Wi-Fi signal. 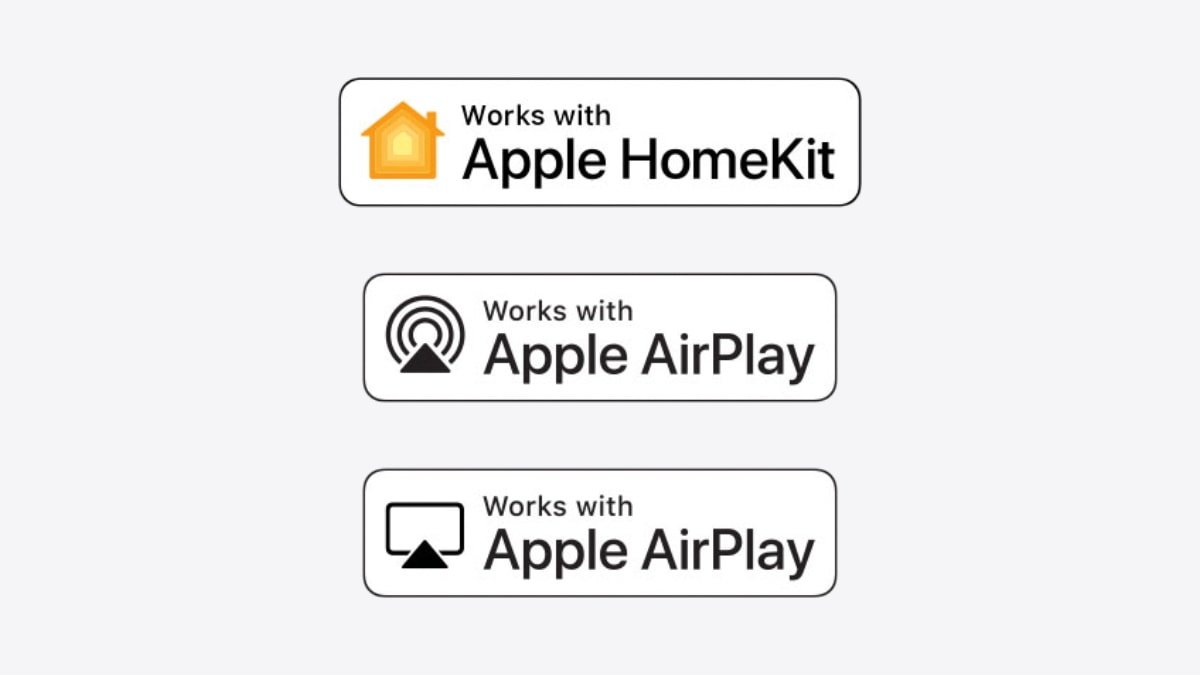 Routers emit wireless signals shaped like a “torus,” or donut, that can be blocked or reflected by objects around the home, such as appliances and walls. In a mesh network, one device acts as the primary router with additional nodes that wirelessly connect to it.

Mesh routers still give out this signal shape, but with every device emitting a signal, they overlap to create a robust network that can overcome obstacles.

Not everyone needs a mesh network, especially with the latest networking advances of Wi-Fi 6. Standard routers and mesh routers can work with HomeKit, so the main factor between the two choices is price, and mesh routers are typically more expensive.

Linksys says this router can handle over 40 devices at speeds up to 4.2 Gbps. It works with all internet service providers and is backward-compatible with Wi-Fi 5 and older devices. In addition, the router’s app has features such as parental controls, guest access, and device prioritization.

The Velop AX4200 has three LAN Gigabit Ethernet ports, one Gigabit WAN port, and a Type A USB 3.0 port to connect accessories. It’s available on Apple.com starting at $249.95.

It is a hub for Zigbee smart home devices and works with the Thread connectivity standard. Amazon added support for HomeKit in 2021 for the eero Pro 6. 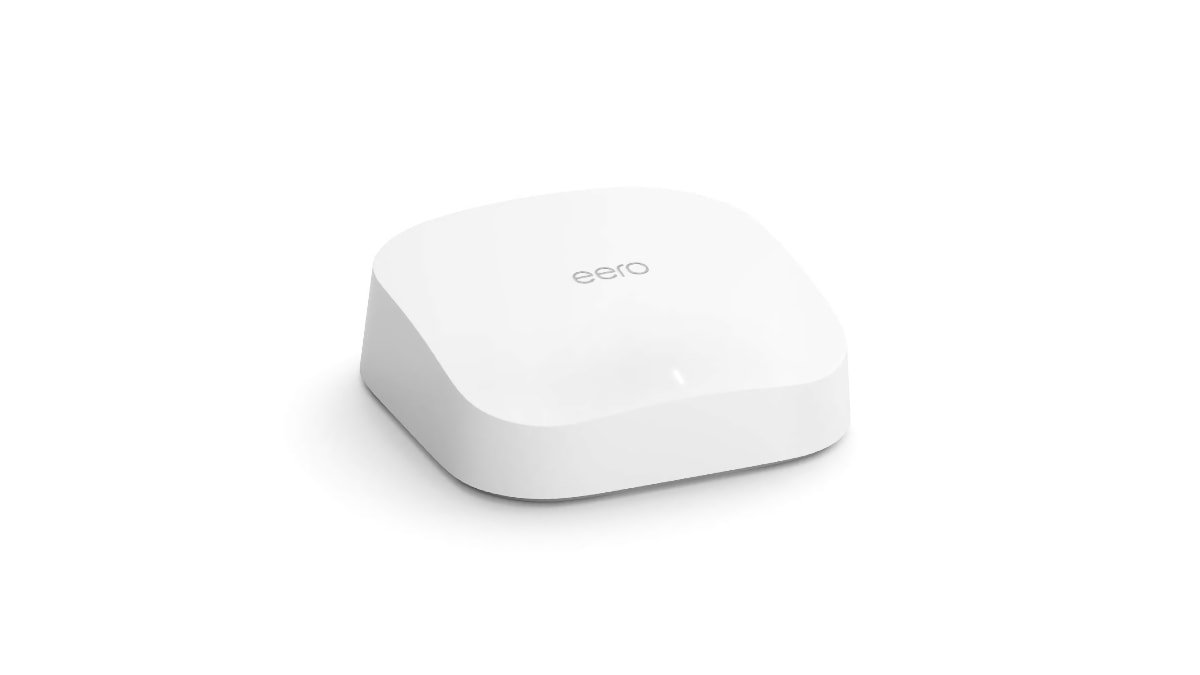 The eero Pro system is $229 for a single router but is frequently on sale. It provides two Gigabit Ethernet ports and one USB-C power port.

This HomeKit router supports up to 6,000 square feet of home coverage and over 60 connected devices. In addition, the company’s Intelligent Mesh technology offers a fast, reliable range.

In addition, Velop nodes create one Wi-Fi network that eliminates multiple usernames and passwords. As a result, only one name and one password are needed for login. 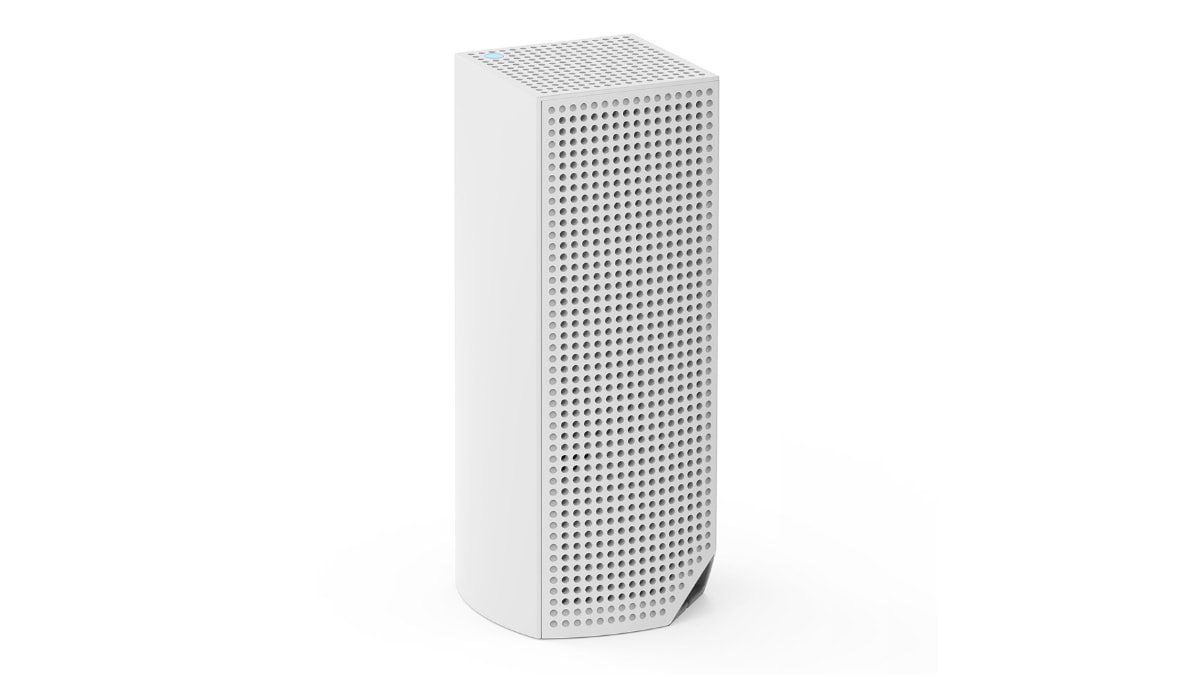 It offers six Gigabit Ethernet ports and is available to purchase for for $299.

If you decide that you don’t necessarily need HomeKit functionality on your router, there are still a few great options to consider.

Netgear’s Nighthawk offers speeds up to 6 Gbps, and the company mentions explicitly how ideal this is for 4K UHD video streaming.

Supporting multiple Apple devices is what the Nighthawk does best, using “Multi-user multiple input, multiple outputs” (MU-MIMO). As a result, it transfers data to many devices at once without compromising on speed.

A feature called Netgear Armor provides security for devices on the network. In addition, the Nighthawk app on the App Store delivers remote management so that users can connect to their home network even when away from home. 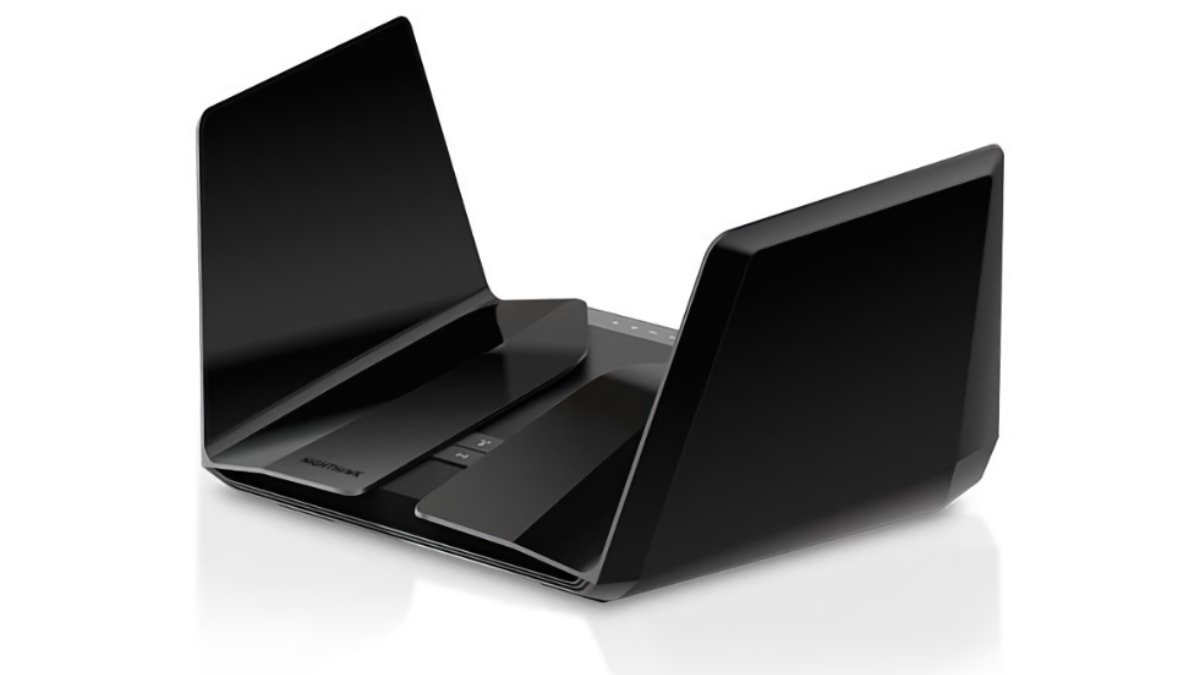 It has four one-Gigabit Ethernet ports and one 2.5 Gbps Ethernet ports, along with two Type A USB 3.0 ports. The Nighthawk AX12 is available for $449.99 at Netgear and can sometimes be found on sale.

This Wi-Fi 6 router offers ultimate connectivity with one 2.5 Gbps WAN port, eight Gigabit LAN ports, and two USB 3.0 ports in Type A and Type C. Additionally, eight high-gain antennas provide a level of coverage that is similar to mesh networking. 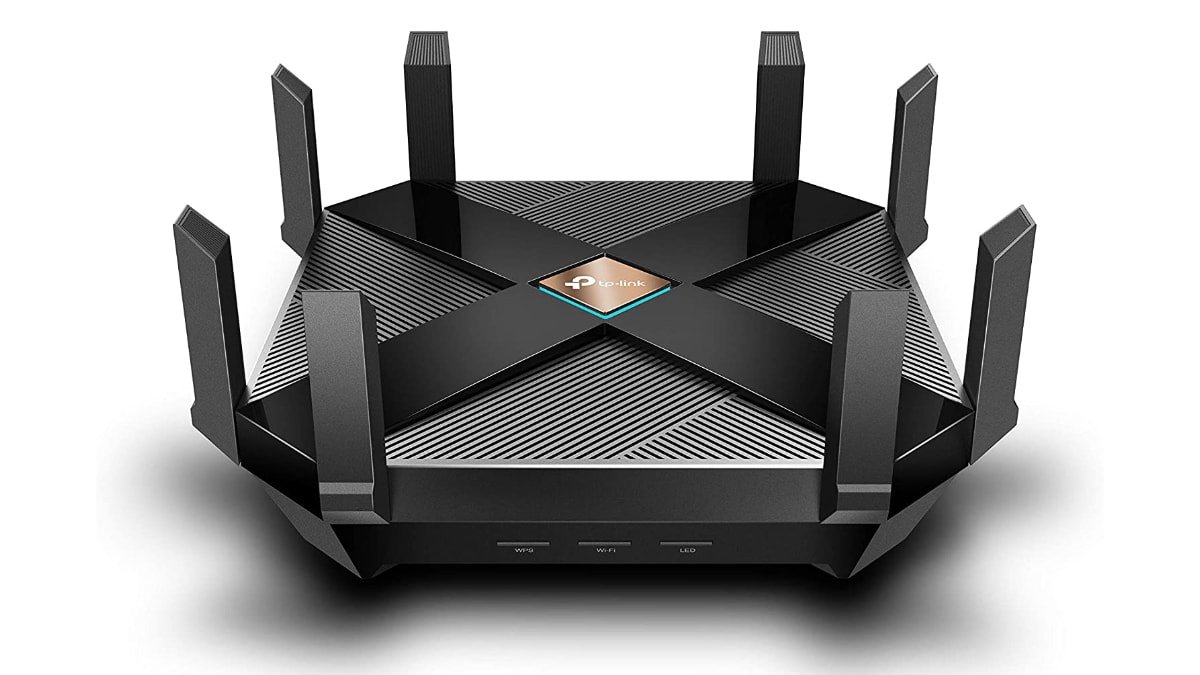 Using the company’s AX Wi-Fi Target Wake Time technology, the router can save power to schedule data transmission times intelligently. It’s available for $299.99 and can sometimes be found on sale.