Three rare Apple items have hit the auction block, including a Steve Jobs autographed copy of a Time Magazine cover, a functional Apple-1, and a vintage Apple check.

Another batch of Apple collectables have come up for auction, this time as part of Boston-based RR Auction’s Remarkable Rarities collection.

One item in the collection, a check, is particularly noteworthy as it bares both Jobs’ signature and a header that reads “Apple Computer Company.” Moreover, it’s dated July 23, 1976 — the year Apple was founded.

“[T]he check uses Apple’s first official address at “770 Welch Rd., Ste. 154, Palo Alto”— the location of an answering service and mail drop that they used while still operating out of the famous Jobs family garage,” the auction listing reads. “In very fine condition. Encapsulated in a PSA/DNA authentication holder.”

Also included in the auction is a functional Apple-1 computer, hand-numbered by Steve Jobs.

The computer, which comes from personal computing pioneer Roger Wagner’s collection, is being sold with all components and accessories required for operation. It is listed as #12 on the Apple-1 Registry.

Wagner is known for authoring the first book on assembly-language programming for the Apple II.

Apple-1 expert Corey Cohen has rated the condition of the set as 7.0/10 and will offer a comprehensive, technical condition report to qualified bidders. The set includes a full letter of authenticity from PSA/DNA for Jobs’ handwriting on the board.

Lastly, the auction includes a Jobs-autographed cover of the February 1982 issue of Time Magazine. 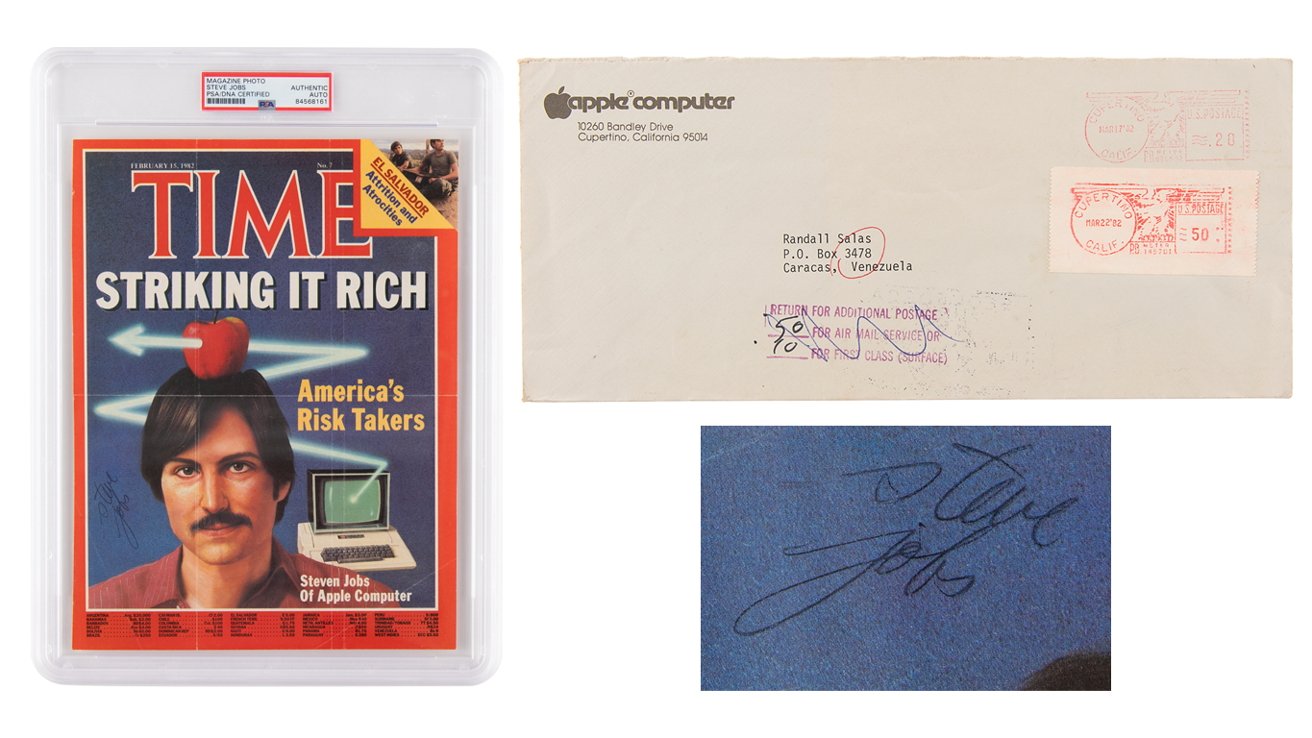 Included with the cover is the original Apple Computer mailing envelope, postmarked at Cupertino, California, on March 17, 1982.

All three auctions end on June 23.

RR Auction is holding another auction of Apple memorabilia, including photographs, manuals, and other artifacts signed by Steve Wozniak and Ronald Wayne.